Mix-and-match COVID vaccines: the case is growing, but questions remain 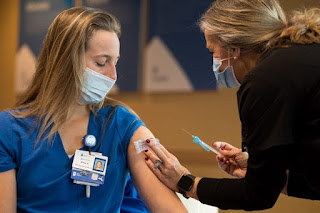 Mixing COVID-19 vaccines is emerging as a good way to get people the protection they need when faced with safety concerns and unpredictable supplies. Most vaccines against SARS-CoV-2 must be given in two doses, but multiple studies now back up the idea that mixing the Oxford–AstraZeneca jab and the Pfizer–BioNTech vaccine triggers an immune response similar to — or even stronger than — two doses of either vaccine.

Results announced on Monday  by a UK group suggest that the combination sometimes outperforms two shots of the same vaccine, and a similar picture is emerging from German studies

The results are also giving researchers confidence that combining other COVID-19 vaccines, that haven’t yet been tested together, might also work. But at least 16 vaccines have been approved for use in one or more countries, and mix-and-match studies so far have been small, so more extensive trials and long-term monitoring for side effects are sorely needed.

COVID vaccines and breastfeeding: what the data say

Mix-and-match studies were prompted, in large part, by concerns over the safety of the vaccine developed by the University of Oxford and pharmaceutical company AstraZeneca in Cambridge, both in the United Kingdom. The jab has been associated with rare instances of a blood-clotting condition known as thrombosis with thrombocytopaenia — and in March, some European countries decided to halt its use in some groups of people. This left many people partially vaccinated, unless they switched to a different brand for their second dose.

In May, researchers at the Carlos III Health Institute in Madrid announced results from the CombiVacS trial. The study found a strong immune response in people who were dosed with the vaccine developed by pharmaceutical company Pfizer, based in New York City, and biotechnology firm BioNTech in Mainz, Germany, 8–12 weeks after receiving a dose of the Oxford–AstraZeneca vaccine.

There was no head-to-head comparison with people who received two doses of the same vaccine, but the authors found that in laboratory tests, those who received the combination produced 37 times more SARS-CoV-2 neutralizing antibodies and 4 times more SARS-CoV-2-specific immune cells, called T cells, than did people who had just one dose of the Oxford–AstraZeneca jab.

By the end of June, more results had emerged showing a similar effect.

Sander and his colleagues looked at 340 health-care workers who had received either two doses of the Pfizer–BioNTech vaccine, or an initial shot of the Oxford–AstraZeneca vaccine followed by a dose of Pfizer–BioNTech. Both regimens triggered an immune response that included neutralizing antibodies and T cells.

A third study, by researchers at Saarland University in Homburg, Germany, found that the mixed regimen was better at eliciting an immune responses than were two Oxford–AstraZeneca shots. It was also as good as or better than two shots of Pfizer–BioNTech. 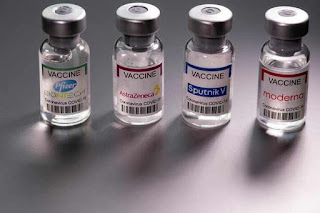 And on 25 June, the team behind the UK trial — known as the Com-COV study — posted a pre-print online showing that a good immune response resulted irrespective of the order in which the two vaccines were given.

However, the trials so far have been too small to test how effective combinations of vaccines are at preventing people from developing COVID-19. “As long as you don’t have any long-term or any follow-up studies with efficacy calculations, it’s hard to say” the level or duration of protection, says Martina Sester, an immunologist who led the Saarland study.

Another limitation of the work so far is that there’s no easy way to compare different combinations between studies. Large-scale efficacy studies are becoming more difficult, says Sester. That’s because, as infection rates decrease, the number of people in a study must increase to detect any difference in rates of infection and disease. Trials pitting mix-and-match vaccine sequences against a placebo control would also be unethical, she adds.

That’s one reason why efforts are under way to determine a ‘correlate of protection’ — a defined level of immune response that confers protection against infection and disease. “This is extremely urgent,” says Sander.

But a nuanced picture is emerging of the magnitude and types of immune response that mixing vaccines produces. And these differences could be exploited to provide the best protection.

The Oxford–AstraZeneca vaccine uses a harmless virus called an adenovirus to carry genetic material from SARS-CoV-2 into cells. Vaccines using this technology have a good track record of inducing strong T-cell responses, says Sander, whereas vaccines using messenger RNA, such as Pfizer’s, have proved “exceptionally good” at inducing high levels of antibodies.

Sester says that high levels of antibodies after the second shot are an indicator that the combination approach works. “Neutralizing antibodies are probably a good surrogate for predicting efficacy,” she says, because they help to prevent viral infection. But T cells, especially ‘killer’ T cells that carry a protein called CD8, protect against severe disease by killing cells that have already been infected.

Mixing an mRNA vaccine and an adenovirus-based one could therefore provide “the best of two worlds”, Sander explains.

Sester and her colleagues found subtle differences in T-cell populations depending on the vaccines given. She says that understanding these nuances could lead to individualized strategies. Combinations that provoke good T-cell responses might be better for people who have had organ transplants and are taking medication to suppress their immune systems, for instance, because their bodies will struggle to produce antibodies. “There are many ways of exploiting this knowledge in a strategic way,” she says.

That’s probably due to the interval between doses, says Sester. Com-COV participants discussed in the latest paper received their second shot four weeks after the initial dose, whereas participants in the German studies had at least nine weeks between shots. Some Com-COV participants did receive doses at a longer interval; their data are anticipated in July.

Some safety concerns remain, says Sander. “You’re combining two different vaccines, both of which might have their own profile of adverse events and effects,” he says, which could amplify any problems.

The studies so far have enrolled only a few hundred people. This means that they are too small to pick up rare events such as the clotting conditions, which according to current estimates occur in around one in 50,000 people after the first Oxford–AstraZeneca vaccine dose and in less than 1 in 1.7 million after the second. The condition has also been associated with an adenovirus vaccine produced by pharmaceutical company Johnson & Johnson in New Brunswick, New Jersey.

The lingering possibility of rare side effects is one reason some researchers recommend that people stick to the standard two shots of a single vaccine for now. “To my mind, you are better defaulting to the ones where we know that they work and there’s a known quantity when it comes to their safety,” says Snape.

But as new variants of SARS-CoV-2 emerge, the results of mix-and-match trials could provide policymakers with the data they need to switch to more protective combinations. “It’s good to have that data in readiness,” says Fiona Russell, a vaccine researcher at the Murdoch Children’s Research Institute in Melbourne, Australia.

Mix-and-match vaccines could also be used to prevent roll-outs stalling because of supply issues. “If there’s a global shortage of one particular vaccine, then rather than stopping the vaccination programme, it can continue,” says Russell.

The Com-COV study has already begun testing other vaccines in people who have received an initial Oxford-AstraZeneca or Pfizer–BioNTech shot. One combination includes the yet-to-be-approved protein-based vaccine developed by the pharmaceutical company Novavax in Gaithersburg, Maryland. Another uses the mRNA vaccine from Moderna in Cambridge, Massachusetts, which has been approved for use in several countries.

In the Philippines, a study combining the inactivated-virus vaccine CoronaVac, developed by the company Sinovac in Beijing, with the six other vaccines approved in the country will run until November 2022. And a study by AstraZeneca and the Gamaleya Research Institute in Moscow will test combinations of the Oxford–AstraZeneca jab and Gamaleya’s adenovirus-based Sputnik V shot.

at July 01, 2021
Email ThisBlogThis!Share to TwitterShare to FacebookShare to Pinterest