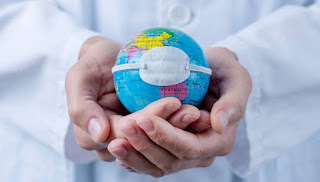 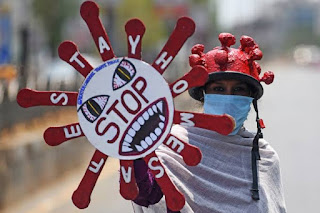 Communication breakdown among the World Health Organization, national leaders and the public caused the pandemic to explode in February 2020, investigation says.

The World Health Organization (WHO) was too cautious in communicating the risks of COVID-19 early last year, according to the first major investigation of the global pandemic response. Had it been bolder, and had nations heeded its guidance, the pandemic might have been curtailed, say the authors of the report

Last year, during the annual World Health Assembly, countries demanded that the WHO initiate an independent review of how the COVID-19 crisis unfolded, in order to draw lessons for the future. The resulting report, released on 12 May, was assembled by a panel of 13 global-health experts partly appointed by, but independent from, the WHO.

The lengthy investigation identifies February 2020 as the month when — in a parallel universe — the devastating toll of the pandemic might have been prevented, had countries acted fast to limit the spread of the virus. It goes on to list concrete actions that could help prevent a similar fate should another deadly pathogen emerge, and it lays out a plan for how vaccines can reach low- and middle-income countries as soon as possible, to end the current crisis. “The reality is, we are still in the thick of this,” explains Joanne Liu, a panel member and a health-emergency specialist at McGill University in Montreal, Canada.

Some researchers say that the panel’s suggestions on how to strengthen the WHO are too vague. But the panel does succeed in making a few ambitious recommendations, including creating a council of world leaders dedicated to fighting pandemics, says Stephen Morrison, director of global health policy at the Center for Strategic and International Studies in Washington DC. “They are trying to grab a moment that everyone knows will pass pretty fast,” says Morrison.

Early last year, the WHO should have sounded its highest alarm, a ‘public health emergency of international concern’, or PHEIC, about a week earlier than it did on 30 January, the independent panel concluded in a preliminary report. But in its final summary of the investigation, the panel places more emphasis on what happened between that alarm and when the WHO called the crisis a pandemic on 11 March. Unlike in December 2019 and January 2020, by February, the danger of the coronavirus SARS-CoV-2 spreading globally was well known and its toll might have been averted by national containment strategies. “It is glaringly obvious that February 2020 was a lost month,” the report says.

A handful of Asian countries made rapid moves in February of last year to curb COVID-19, including instituting comprehensive testing for SARS-CoV-2 and tracking people who tested positive. “But the rest of the world sat on their hands,” says Liu. She and her colleagues assessed how the WHO communicated risk during February 2020, and decided that the agency’s cautious weighing of incomplete evidence may help to account for why many countries failed to take action.

When it became obvious that the countries that were wearing masks were faring better than the ones that weren’t,” she says, “the WHO might have said that even though we don’t have all of the data, we should apply the precautionary principle,” and recommend masks. Similarly, the report indicates that governments might have taken the danger of SARS-CoV-2 more seriously had the WHO described the epidemic as a ‘pandemic’ sooner, even though the term is not defined in the agency's protocols for handling health emergencies.

Just after the report published, WHO director-general Tedros Adhanom Ghebreyesus announced that he would review the investigation's critiques and proposals, along with two other reports expected in the coming weeks, and discuss reforms with all countries comprising the WHO.

Global health experts have long worried that the WHO faces severe limitations in triggering action. It lacks legal power to enforce recommendations and demand information. And it struggles to criticize a government’s actions because it is chronically underfunded and reliant on donations from its member countries and territories. So the panel recommends a higher budget for the agency, and it says that every country with an epidemic must permit WHO officials access tooutbreak locations on short notice — a swipe at the weeks of negotiation required for the first WHO visit to Wuhan, China, in February.

Jennifer Nuzzo, an epidemiologist at Johns Hopkins University in Baltimore, Maryland, says these potential changes would be fine, but that they don’t fully address problems mentioned in the report. For instance, countries would need to agree to reform the regulations dictating the WHO’s protocols so that it has the authority to declare a pandemic. Currently, it can only declare a PHEIC. Nuzzo says, “The WHO is only what we deem it to be.”

Among the report’s stronger recommendations is the formation of an organization outside of the WHO — a Global Health Threats Council — to hold countries accountable for curbing pandemics. The council would include the presidents and prime ministers of several high-, middle- and low-income countries, and its role would be to admonish governments if they fail to prepare for, or respond to, health emergencies, based on advice from science agencies. It could be especially powerful if it’s enacted along with a pandemic treaty currently being pushed by European countries, in which governments have pledged to strengthen their responses. “Not a bad idea,” says Morrison, “but I don’t know if any of this is feasible in our deeply divided, nationalist world.”

For such a council to exist, a diverse and large number of governments would need to lobby the United Nations to adopt it. But Morrison says that nations that tend to be cagey with information are unlikely to back a group designed to pressure them into transparency. Nonetheless, Liu says the panel aims high, to match the stakes of preventing another crisis of this scale. “By 2025, we are expecting $22 trillion in losses,” she says. “This pandemic has paralyzed the planet for 18 months — when was the last time that happened?”

Liu and her colleagues will present the recommendations to world leaders at the Global Health summit next week, and at the World Health Assembly in late May. Their goal is to find countries willing to take the ideas forward so that they can become policy.

at May 13, 2021
Email ThisBlogThis!Share to TwitterShare to FacebookShare to Pinterest